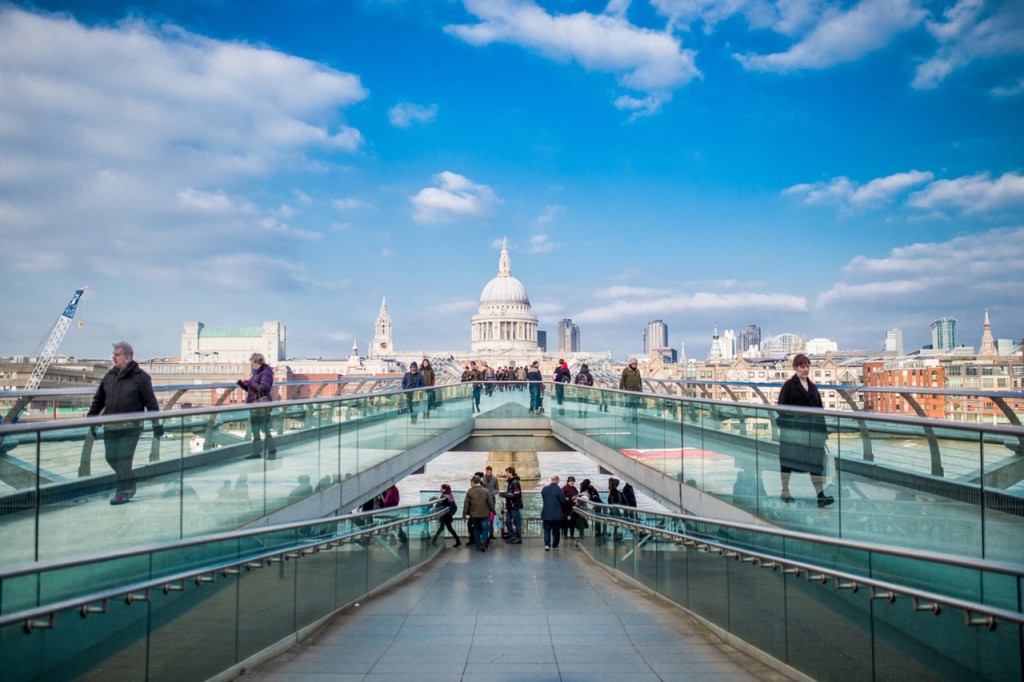 In the latest attempt to reduce air pollution across London, the city’s Mayor Sadiq Khan has announced that London’s new Ultra Low Emission Zone (ULEZ) could be introduced as early as 2019.

This will be a year earlier than previously anticipated, with the roll-out initially focused on inner London, before expanding to both the North and South Circular starting from 2020.

Mr Khan stated: “Just as in the 1950s, air pollution in London today is literally killing Londoners. But unlike the smoky pollution of the past, today’s pollution is a hidden killer.

“The scale of the failure to tackle the problem is demonstrated by the failure of the Government and the previous Mayor to meet legal pollution limits. Urgent action is now needed to ensure Londoners no longer have to fear the very air we breathe.”

To help motorists get ready for London’s ULEZ, vehicle hire specialist Northgate has put together this guide on the scheme. They have also taken a look back at how London has fought against air pollution over the past few years.

What is the ULEZ?

The ULEZ relates to an area whereby all buses, cars, coaches, heavy goods vehicles, minibuses, motorcycles and vans must meet previously-agreed exhaust emission standards or pay a daily charge to travel within it.

In London, the ULEZ will be in place in addition to the city’s Congestion Charge and Low Emission Zone standards and will be in operation 24/7 including on weekends and public holidays. 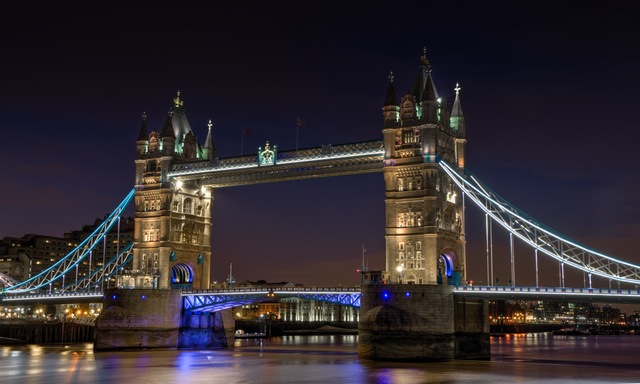 Where does the ULEZ cover?

London’s ULEZ will operate within the same area that the city’s current Congestion Charging Zone (CCZ) is in force.

Anyone who is unsure of the locations that this covers, though, can simply find out by using Transport for London’s (TfL’s) ULEZ postcode checker.

What are the standards of the ULEZ?

In order to conform to London’s ULEZ standards without facing a charge, motorists must be driving one of the following:

What are the standard charges of a vehicle which doesn’t meet the ULEZ standards?

If a vehicle fails to meet the ULEZ standards set out above, motorists will need to pay the following standard daily charge in order to drive the vehicle through the zone:

Drivers should be aware that there will be no barriers or toll booths as part of the ULEZ scheme. Instead, cameras will be used throughout the zone — these will read vehicle number plates and check them against a database made up of information from the DVSA, vehicle manufacturers and both drivers and operators registered with the TfL.

If a motorist is found to be driving a vehicle in the zone which does not meet the ULEZ standards and have failed to pay their daily charge, the registered owner or operator will be issued with a Penalty Charge Notice as follows:

Does the ULEZ have any discounts or exemptions?

There are a number of specialist vehicles that will be exempt from paying the standard charges of the ULEZ. They are as follows, and are already exempt for the currently enforced London Low Emission Zone:

As well as this list, drivers of any vehicle that has a ‘historic’ vehicle tax class will also not need to pay the ULEZ standard charge.

Meanwhile, residents based within the ULEZ who drive or make use of a vehicle with either a ‘disabled’ or ‘disabled passenger vehicle’ tax class will be required to meet the ULEZ standards. However, they will enjoy a three-year sunset period complete with a 100 per cent discount to give them enough time to find a more appropriate vehicle.

How has London battled against air pollution to date?

The introduction of the ULEZ is the latest in a series of initiatives aimed at reducing air pollution across London as much as possible. Here’s a look at some of the standout schemes that have been enforced throughout the UK’s capital over the years:

Greater London’s Low Emission Zone (or LEZ for short) was brought in as a tactic to reduce the particular matter that is emitted from diesel engine vehicles across the district.

Motorists are affected if they drive through any of the 32 London boroughs, the Corporation of London, along the M1 South of the London Gateway Services, on the M4 east of Junction 3 or along the M4 spur to Heathrow. It is also in operation 24/7, 365 days a year.

The following are the standards associated with the LEZ:

As with the ULEZ, if a vehicle fails to meet any of these standards then the driver or operator has to pay a daily access fee to drive within the LEZ. Those who fail to cover this cost are at risk of a penalty charge.

Unlike the ULEZ though, the LEZ does not include any cars.

London’s Congestion Charge is a much broader scheme to the city’s LEZ, with the majority of vehicles which enter Central London affected.

Run by TfL on behalf of the Mayor of London, the Congestion Charge operates between 7am and 6pm from Monday to Friday — though excluding Bank Holidays and the days that lie between Christmas and New Year.

There are many areas throughout London where the Congestion Charge covers, with these as follows:

Don’t worry about memorising this list though — motorists will see a large letter C placed within a red circle every time that they are about to enter a Congestion Zone in London.

It is important that drivers pay the Congestion Charge though (this is priced at £10.50 per day if registered for the Congestion Charge Auto Pay scheme, £11.50 if paid in advance or no later than midnight on the day of travel or £14.00 if paid by midnight of the following charging day). This is because a Penalty Charge Notice of £130 will be served to those who fail to cover the cost — reduced to £65 if paid within 14 days.

Just like with the ULEZ, there are exemptions and discounts applied to the rules. These are as follows:

Once nicknamed Boris Bikes — referring to the former Mayor of London, Boris Johnson — Santander Cycles is the public bike sharing scheme in operation throughout London.

Available 24 hours a day, 365 days a year, the fact that the initiative is made up of over 11,000 bikes and 750 docking stations, situated no further than 500 metres apart, shows the huge scale of this concept.

So how does someone in London get started with taking advantage of the Santander Cycles? It’s simple:

The Pigeon Air Patrol has to be up there with the most unique ways for a city to take the fight to air pollution.

A project thought up by Plume Labs, the idea is that pigeons based in London carry a personal air quality monitor within a small and lightweight backpack. This device measures levels of nitrogen dioxide, ozone and other volatile compounds on a constant basis while the bird flies around the city.

Results from the analysis are available to view on the official Pigeon Air Patrol website, though residents can also Tweet @PigeonAir to receive an automated response to the air quality in the area they have requested.

Recalling the idea behind the Pigeon Air Patrol, project developer Pierre Duquesnoy told Citylab: “There have been lots of headlines and conversations about air quality in London, but they’ve tended to be fairly scientifically-slanted. Talking to many ordinary people, I realized that many of them didn’t realize how serious the issue was. It’s a major scandal but people don’t really seem to be that bothered. I think this is because despite its grave effects, it’s an invisible, essentially intangible problem.”

What is the public reaction to London’s fight against air pollution?

A YouGov poll involving in excess of 800 people based in Birmingham, Leeds, London, Nottingham and Southampton has suggested there is strong support to how authorities in London are battling against air pollution.

The main findings of the survey were that:

Clean tech company Dearman supported the YouGov poll and its chief executive, Toby Peters, pointed out: “Not only is there recognition about the problem, but huge support for Clean Air Zones as part of the solution.

“We are clearly at a crossroads and people across the country aren’t just calling for a change of direction, but many are now willing to back companies and authorities that demonstrate leadership. This will only continue to gather momentum and hopefully we are on the verge of cleaner air for everyone.” 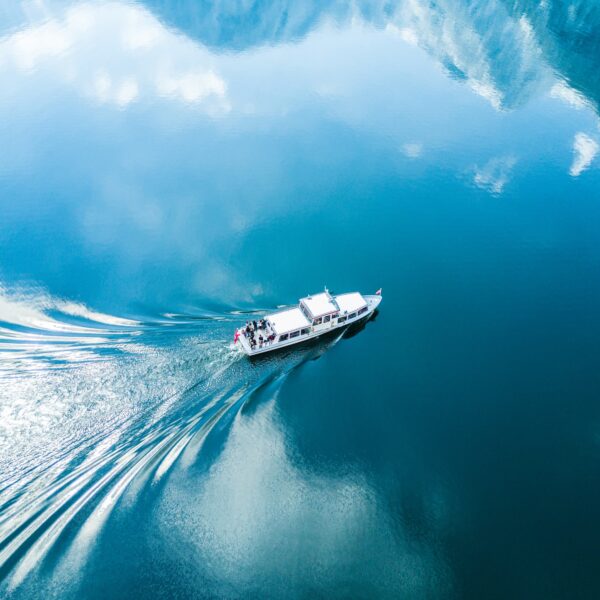 Hodophobia: The Fear of Traveling

As much as most of the world’s population loves to…