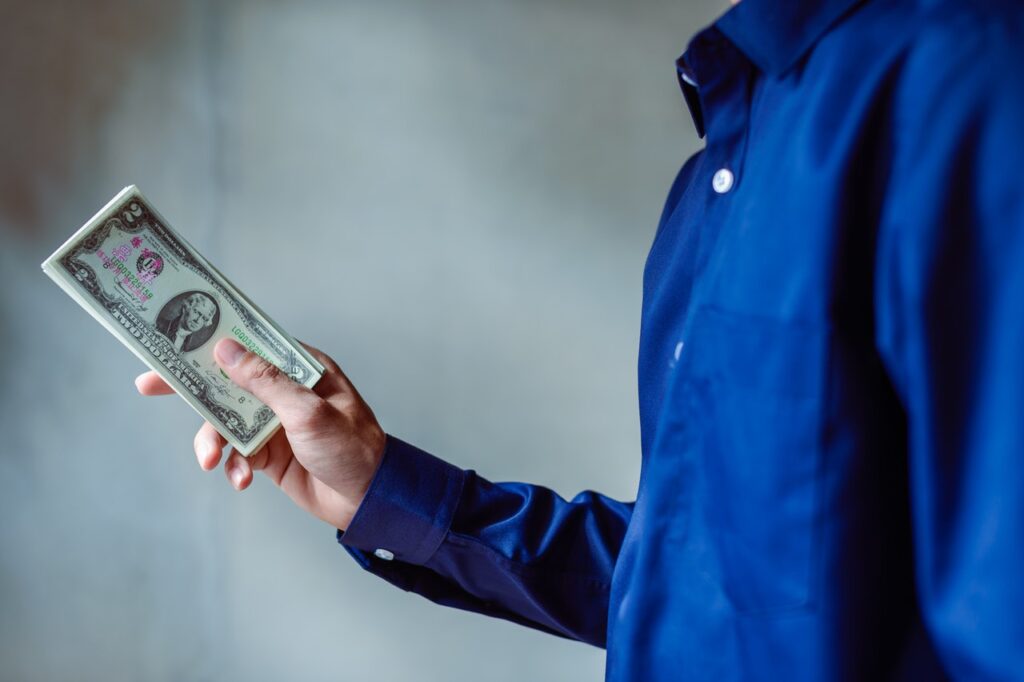 Saving doesn’t come naturally to everyone. According to statistics, the average American adult has $73,100 in savings. 21% of Americans have less than $4,999. That’s just an average figure – and it’s worth knowing that 79% of the country’s wealth is owned by millionaires and billionaires. Looking at more relevant statistics, the average retirement fund for individuals ages 35 and under is $13,000, whereas experts say the average 30-year-old should have $47,000.

Thinking more realistically, it’s tricky in modern times to build savings. Everything from houses to cars to the groceries in the stores is more expensive, and wages aren’t rising. That’s why we’ve come up with five saving strategies you need to know if you want to start building up a respectable amount. Read on to find out more.

High-interest rate accounts might not come with the same level of interest as they once did, but they’ll still offer more than standard savings accounts. Why are they so much better? High-interest rate accounts work by crediting your savings account with money that’s generated based on the savings you have in there. For example, if you have $5,000 in savings and have an agreed interest rate of 10%, the bank will deposit an additional $500 into your account yearly or split it into monthly payments. It’s highly unlikely that any bank will pay 10% interest; it’s more likely to be less than 5%.

The average standard savings account comes with an interest rate of 0.1%. High-interest rate accounts were once a real savings generator, but in 2020 the annual percentage yields (AYPs) were slashed to half of what they once were. The only drawback with many high-interest accounts is how you use them. Many banks restrict the amount of money people can deposit and also restrict withdrawals. Standard savings accounts are often referred to as easy-access ones because you’re more likely to be able to access them like a typical bank account.

A CD is a Certificate of Deposit, but it’s more commonly known as a CD. It’s a savings product offered by banks that works by getting individuals to agree to leave their deposits alone for an agreed period of time. Once that timeframe is up – typically between one month to ten years – the deposit is ready to use. The most popular options are the one and three-year strategies. How does it become the CD ladder? It becomes a ladder strategy when people deposit cash with staggered maturity dates.

Each deposit will collect high-interest rates and become available to individuals at different points. In theory, it would be wise to have CDs with maturity dates staggered as one year, three years, five years, and ten years – the ten-year CD agreement is the one that will generate the most interest and reward.

There are other strategies to try, like putting $1,000 into a CD that expires a year after the previous one, as the following example shows:

And so on until you have no more money to deposit. The CD ladder strategy became more popular once the high AYP were slashed.

Some people like to use their own saving strategies rather than relying on depositing money into a savings account. One of those strategies is the round-up method, whereby people round-up to the nearest whole number on a transaction and put the difference into a savings account. That’s a relatively effective method that gets people to think about the money they’re spending and how to track it closely.

The method was tricky and arduous to master until finance guru’s discovered the gap in the market for apps that do it for you. Now that we’re living in a cashless society, people are now using their phones or bank cards to pay more than cash. Software and app developers have grabbed the opportunity with both hands, creating multiple apps that allow people to connect to their bank accounts. The app will then record all transactions through the bank and round each one to the nearest whole number – it’ll then deposit the total into the savings account within the app.

It’s a lighthearted way of saving because it often works in the background without having to think about it. The app does all the hard work for you, and you might not notice the amount it takes from your bank account. This method won’t see you saving the big bucks, but it works well alongside other saving strategies, such as the CD ladder.

The 50/30/20 saving method is well-known, but not everyone has considered the benefits of trying it. Some might call this more of a money management strategy than savings, but it works both ways. It works by encouraging people to spend 50% of their wages on necessities, 30% on wants and desires, and 20% on savings and debt. That method ensures you pay the bills, have some money to treat yourself, and put money aside for debt and savings. Side note, it’s essential to ensure that debt is cleared before gathering savings.

The 50/30/20 strategy really gets you thinking about how you manage your money and generally makes people better at managing it.

Saving isn’t easy. It requires dedication, resistance, and determination. Some people will find themselves in circumstances that make it easier to save more – they might have a more substantial income and fewer outgoings, for example. But with the right savings strategy, everyone should be able to start putting some money aside.